Going to work on Monday morning in the rain, what fun. 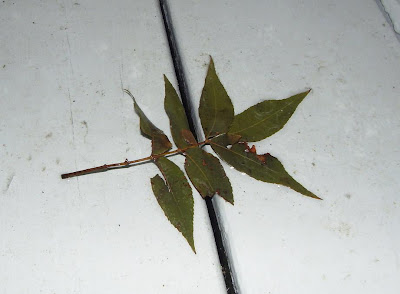 Fun opening weekend in the NFL. My fantasy team won and the Cowboys won.

Terrell defeated Seagoville 29-0 in high school football Friday night in a game that was called at half time because of the weather. Terrell plays their first home contest this Friday night against Bishop Lynch. If Terrell wins that game they will start district play on the 26th on the road against West Mesquite at 4-0. Terrell will probably have to win this Friday and next Friday before anyone at the big paper to the west starts to notice. The records of the teams Terrell has defeated this year is 0-7. Bishop Lynch is 2-1.

I got hit square upside the head with a big dose of reality this weekend, that's never fun.

I watched the MTV VMAs last night. I liked the tribune to Michael Jackson to start the show, Janet was great (I saw her in concert in 1990 for free). Kanye West is a *****, I have purchased his music before, but never again. Google 'Kanye West VMAs', I am sure the You Tube clip will be pulled soon.

All of this rain has kept me and my camera indoors. We have more rain expected this week.
Posted by Jim Klenke at 6:30 AM