White Picket Fence and my HSO

We have a few white picket fences in Terrell, and nice sidewalks too. 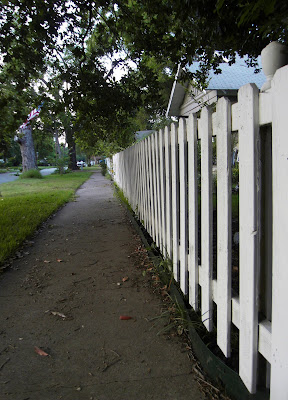 The NBA sucks, the game last night may have been close, but it wasn't exciting, matter of fact, I found the game boring. The NBA will make sure Kobe gets his ring. Whats with the NBA games not starting till 9pm in Orlando? The game didn't get over until almost midnight Orlando time. At 10:30 I turned off the light, went to bed and left the TV on. I could at least listen to the game as I tried to fall asleep.

For excitement, it was game 6 of the National Hockey League Finals. Pittsburgh won 2-1 in a fast paced, end to end game that forces a game 7 to be played Friday night in Detroit.

In related sports news... :-) Todd Glaesmann, who played for Midway against Terrell in the Bi-District baseball playoffs was drafted yesterday in the 3rd round by the Tampa Bay Rays. He was picked 108th overall. Todd has committed to playing baseball at Texas A&M. The draft resumes at 11am local time. I will keep an eye out for any other local talent that gets drafted that may have played in Terrell The Below is Todd scoring in the playoff game played in Terrell. 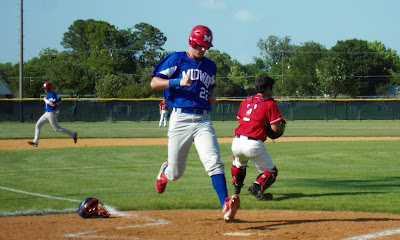 If you have reached this page through a search engine, you are not on the main page. Click Terrell Daily Photo at the top of the page to view the entire site. Or search the site by typing in a keyword in the search blog box at the upper left, or clicking on one of the labels.