The snow that was in the forecast didn't make it out to Terrell. We got a cold rain instead....yea us. 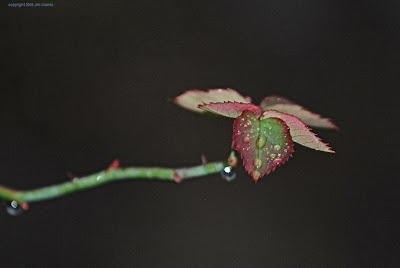 The picture is from the rose bush in my front yard that needs to be cut back. Anyone want to come over and do some yard work?

There is talk that the University of Missouri would join the Big Ten if asked? Why? Big Ten is boring football and plodding slow basketball.

There are to many bowl games. Teams should not be rewarded for 6-6 records.

I attempted to get a press pass to this years Cotton Bowl. I didn't get one, but that doesn't mean I can't try again. Next attempt, credentials for MLB. Anyone have any good ideas about how a blogger can get credentials?

A cheese company will sponsor the blow up of Texas Stadium. There is a joke in there somewhere.