I heard the rumors, but I didn’t believe them. They said in Europe that they named a car after me. No way, I thought. But then, I saw it. The car named after me, the Smart Car. 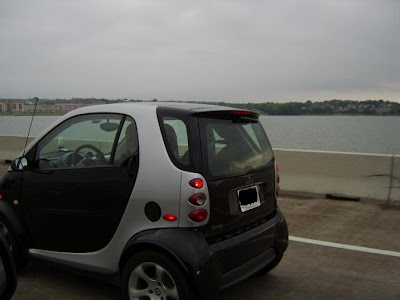 I was able to get this picture of the Smart car on I-30 in Rockwall. I apologize for not getting the entire car in the frame. It was rush hour, I was driving about 70mph, talking on the phone, drinking a soda, eating a candy bar, texting my BFF and smoking a cigarette. But I think I did pretty good, huh?