Terrell has quite a few magnificent historic homes. The house below is R. L. Warren house. The house has been empty for at least the last 11 years. There has been a lot of work done on the house in that time. There was a sign out front quite a few years ago that announced the house would be turned into a restaurant. Not sure what, if any, plans the owners have for it now. 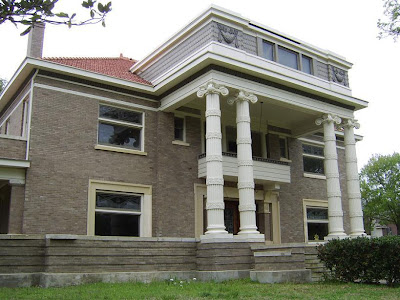 Below is the text from the Historical Marker on the property.