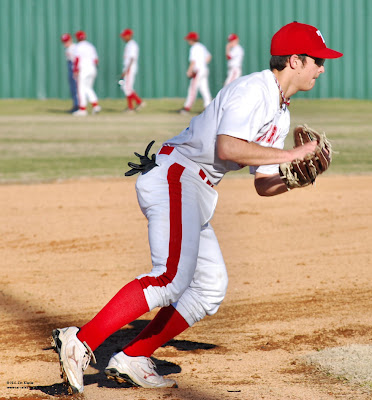 Yesterday, the Terrell Tigers high school squad held their first practice of the year.   The sun was out and it was warm, perfect baseball weather.

The Tigers mission is to make the playoffs for the 3rd year in a row.  There were over 25 kids at practice and another half dozen or so there for try outs.  All of them were trying to impress first year Head Coach Gage Davis.

Next Saturday, weather permitting, the Tigers will have a 100 inning game for a fundraiser. Start time is 10am and everyone is invited.  Tiger players are out around town asking for donations, if you see a player coming your way, help out the team. 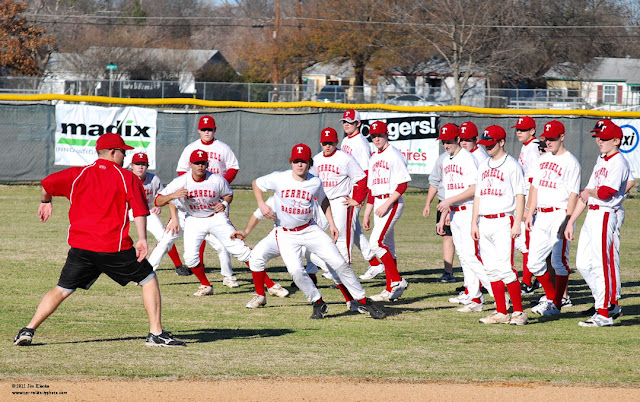 When I was a kid I would go to as many sporting events as I could. When I got into high school, my Mom started letting me go to St. Louis Cardinal baseball games by myself. OK, she would drive me over, drop me off and pick me up after it was over. I could sit in the bleachers for $2. I would get dropped off as soon as the gates opened, two hours before game time.  I'd sit in the left field bleachers, front row. The Cardinals would take batting practice before the gates opened, but I could watch the visiting team take bp and the Cardinals run the outfield. My Grandmother would sometimes let me take her camera to the games. I still have some of the pictures somewhere. I remember waiting all winter for baseball season to start.  Yesterdays practice made me remember those days.  I joined the Air Force in 82 the year they won the World Series. I've never been to a Ranger game, maybe this is the year.  First day of practice and the sky is the limit.
Posted by Jim Klenke at 6:30 AM