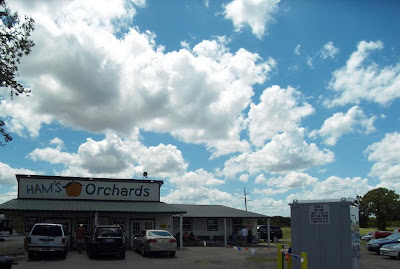 To visit all of the Skywatch Friday sites, click here.

The Cowboys lost last night, but it was only preseason. I think they have a lot of work to do. Michael Vick signed with the Philadelphia Eagles, another reason to dislike the Eagles. He is an interesting player for fantasy football leagues though.

The Cowboys play their first game in the new Cowboys stadium next Thursday night. It's still preseason, but its a chance to see the game and stadium. If the game does not sell out, it will be blacked out locally. If anyone has tickets they are not going to use, send them my way. :-). I can blog from the game.
Posted by Jim Klenke at 7:30 AM