Seems like there has been a dark cloud hanging over us all week. The UIL has suspended all statewide interscholastic competition until May 11. That includes Fridays scheduled home baseball game and the softball and baseball playoffs. I don't think they have finalized the plans on when games can resume, the situation seems to be constantly changing. The Terrell Tribune has promised local reaction in today's paper.

We also have been getting a lot of rain, with more on the way. Flooding has happened in some areas of the Dallas/Ft.Worth area, but I don't think anything in the Terrell area. We got a steady rain last night, nothing bad. In August we will be asking for rain.

This was taken on the way home from work yesterday just as the storms were rolling in. No, that is not my driveway....I wish. 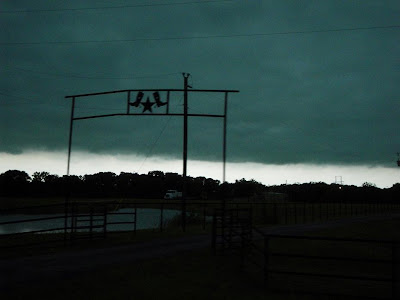 I also had a morning visitor today as I was about to step into the shower. My cats liked it, but I just wanted it gone. I am glad I was taking a picture of him and he wasnt taking a picture of me trying to get rid of it. I was able to get him and put him out on the porch. 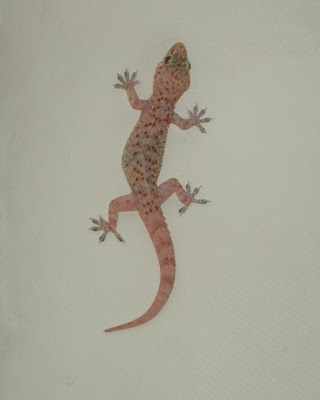