Have you ever had a Freebirds burrito? 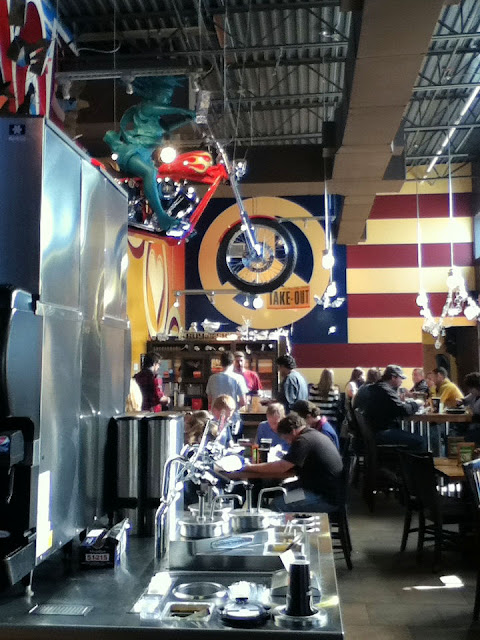 This week will be the 3rd week of jury duty.  I hope it gets wrapped up this week.

I did a ride along with the Terrell Police Department Saturday night.  After attending the Citizens Police Academy I heard first hand the dangers the officers faced every day. During the ride along I saw first hand how they put their life on the line to make sure we are safe in our beds. I am thankful for the people we have protecting our city and I have an immense amount of respect for each of them. I started the night riding with Officer Garcia and ended then night riding with Officer Hamill.   If you have ever toured the station and jail, you know how old and small the facilities are.  We have to work to get a new police station and jail for Terrell.  I'm already looking forward to doing another ride along.

Carson and Barnes Circus is coming to Terrell on March 18th & 19th.  I guess this will get me the comments from animals rights groups.

The Fountain 5K & fun run is scheduled for April 21st.  The race is held during the annual Heritage Jubilee. Reserve a few hours in the morning to join us for the run.  The run benefits the Volunteer Services Council of Terrell State Hospital.

Tonight is the Terrell Fall Sports Banquet.  Starting time is 6PM. I probably will not be back from Dallas in time to make it.

The THSBCA is out with their statewide preseason baseball poll.  District 15-4A Waxahachie is ranked #7.  Rockwall-Heath is ranked #2.

Texas Athletic Directors will be waiting on Thursday morning for realignment announcements.  Every two years schools are classified by size.  Where you are placed, and who you are placed with, can determine a schools fate almost before games are played.

Stephen Buckley from North Forney has committed to Northwestern. National signing date is February 1st.
Posted by Jim Klenke at 6:30 AM