What a night to be a fan of baseball! The Cardinals are in the playoffs! They easily beat the Astros while the Braves lost to the Phillies in extra innings.  On August 25th the Cardinals were 10.5 games out of the playoffs.  They open in Philadelphia on Saturday.  Milwaukee will host Arizona in the other NL playoff series.

In the AL, the Boston Red Sox lost to Baltimore in the bottom of the 9th inning giving the Tampa Bay Rays, who were in extra inning with the NY Yankees, a chance to win the wild card.  Almost as soon as ESPN switched from the Boston game to the Tampa game, Evan Longoria hit a 12th inning walk off home run. The Rays trailed the Red Sox by 9 games on September 2nd.

The Rangers, who were already in the playoffs, will host Tampa Bay.  The Yankees will host Detroit in the other AL playoff series.

To go with my baseball info, some shots from last nights fall ball game in Heath.  Terrell was in the dark uniforms. 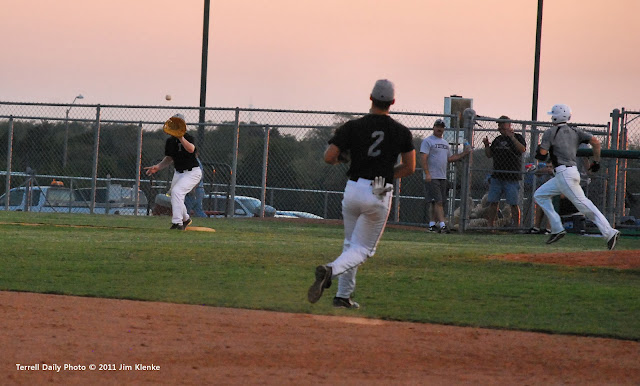 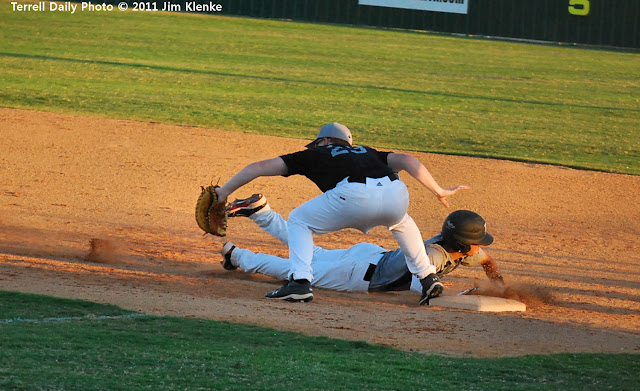 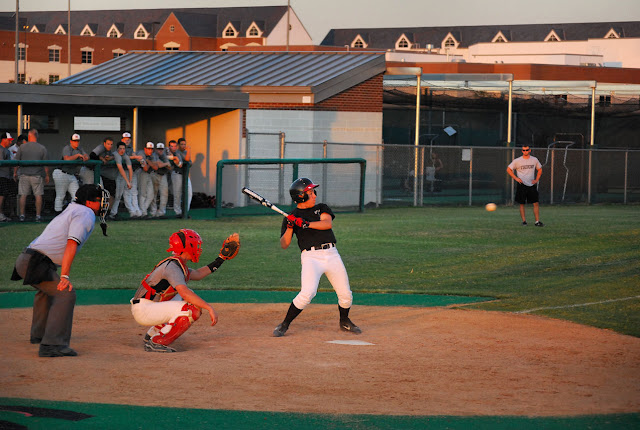