The inscription on the memorial:

Fallen But Not Forgotten


The Marine Corps League Detachment #1338 and the City of Terrell established this memorial on 30 May 2011 to honor all the brave men and women who have proudly served in the United States armed forces and to memorialize all who gave their lives protecting freedom around the world.


THIS MEMORIAL WAS CREATED TO HONOR ALL VETERANS 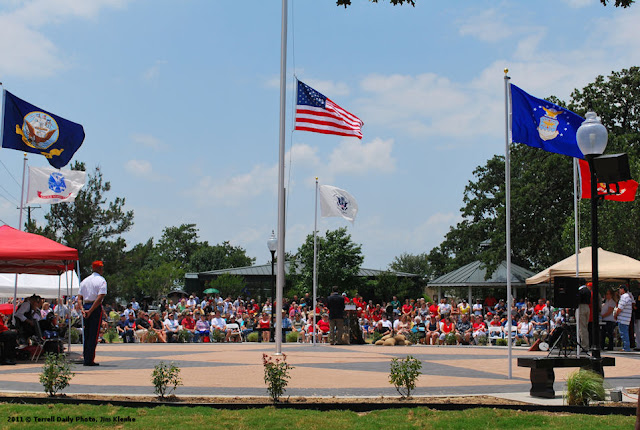 More photos from the dedication have been posted to the Terrell Daily Photo Facebook page. 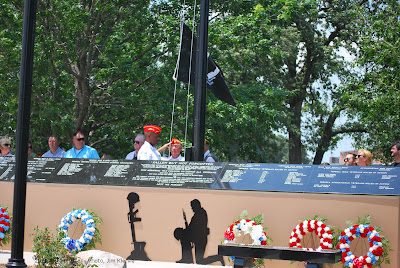 Following the dedication, the Boy Scouts retired two flags. I'll have a few photos of that ceremony tomorrow.
Posted by Jim Klenke at 6:30 AM