Saturday afternoon in Vegas we noticed part of Las Vegas Blvd was closed.  The police taped off a block near the Tropicana Casino.  We weren't sure what was going on, but it made it easy to cross the street without having to go to the corner.  It also provided a nice backdrop for pictures.  This group wasn't mugging it up for, but since I had my camera out and they were posing.

We found out later that the police were investigating a suspicious bag left behind a bush.  It turned out to be nothing. 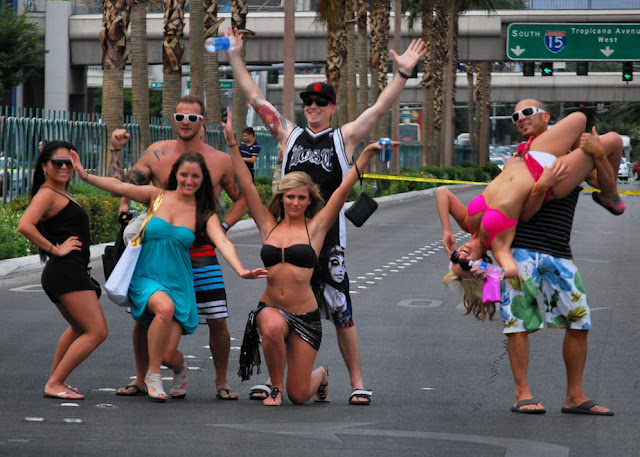 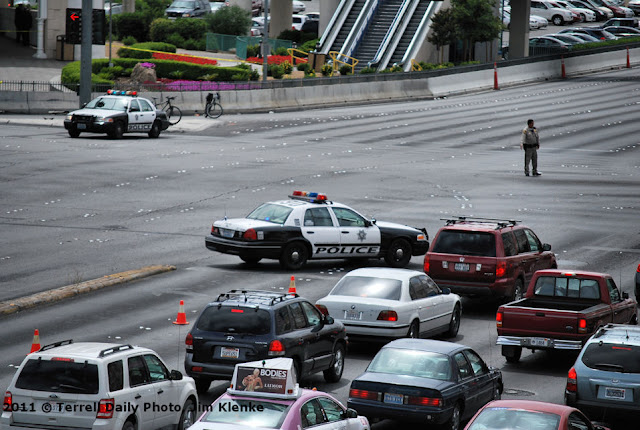 I'm going to share more photos from Las Vegas this week.
Ham Orchards opened over the weekend.  I'll be out there soon for some peach ice cream.


Iron Tiger night is this Friday at 6PM at the TISD Athletic Complex-UPDATED, Iron Tiger night has been cancelled.
District 15-4A still has two team represented in the baseball playoffs.  Mesquite Poteet advances to the Regional Quarterfinals against Texarkana Texas.  Poteet has outscored their opponents in the first two rounds 21-3 while going 3-0.  Waxahachie matches up against Hallsville in another Regional Quarterfinal.  The Wax/Hallsville series will be played in Canton beginning Thursday.  Forney and Red Oak both had their season end with playoff loses.
Posted by Jim Klenke at 6:30 AM