The Mesquite Poteet Pirates, using a starting a lineup of 9 seniors, sent a message to District 15-4A that they are ready to defend their district championship.  Unfortunately the young Terrell squad was on the other end of the message and a 16-1 score.  The Pirates scored 5 times in the first inning, and added 11 more in innings two through five.  The game ended after five inning because of the 10 run rule. Blake Giffin pitched 4 solid inning, giving up 1 hit, 3 walks while striking out 9 for the Pirates.  Poteet lead off batter Arrington Alexander walked twice, scored 3 runs and had a 3 RBI triple.  The Pirates haven't lost a district game since 2007.

Please visit the Terrell iHigh site, and dont forget to vote for my picture in the contest.  You can vote as often as you want. 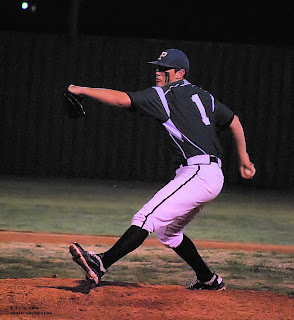 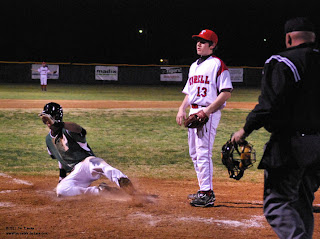 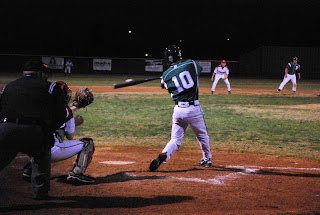 There was a story on iHigh posted Feb 9th about Lancaster wanting to hire La Marque AD/FC Darrell Jordan for their vacant head coaching job before they offered the position to former Terrell AD/HC Chris Gilbert. I mentioned on Facebook on the same day that maybe Coach Jordan would be interested in the Terrell job. It was reported by The Galveston County Daily News that he was offered a contract extension in January but had not yet accepted it. No new coaching news for Terrell, but additional news out of Galveston is that Coach Jordan was named by the Houston Texans as Coach of the Year for leading his team to the state championship this past year.
Posted by Jim Klenke at 6:30 AM