Play began last night in the Forney 7 on 7 passing league. Eight teams play two games every Tuesday night. Terrell opened their play with a win against the Forney A team. Terrell dropped the second game to Dallas Christian.
Below a Terrell defender makes an outstanding interception during the Forney A game. Click on the picture for a larger size. 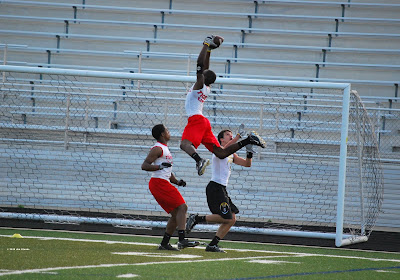