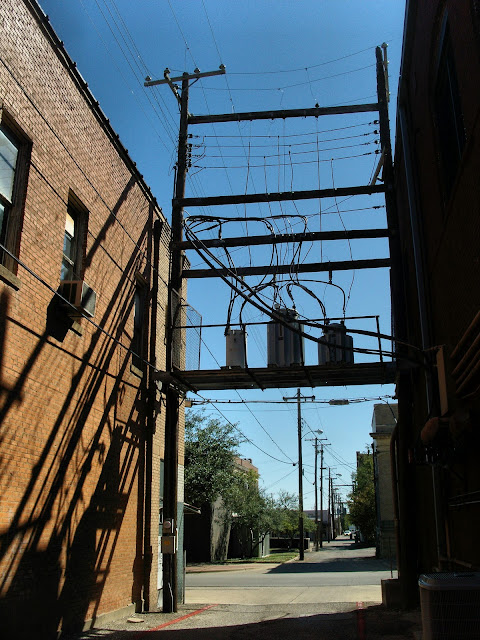 Last Saturday was the Audie Murphy Hero 10K, this Sunday is the Lost Dog 20K at White Rock Lake.  The week after that is the Rib Rub Run 10K in Rockwall.  This is all has to be building up to something.

The Rangers split their first two playoff games with the Tampa Bay Rays.  I think they can take one back in Tampa and still win the series.  The Cardinals opened up in Philadelphia with a split.  I am hoping the Cardinals can win the next two at home.

I think the only team worse than my fantasy team is the Dallas Cowboys.

Great college games on Saturday.  If SMU keeps up their winning ways, they may end up in a bowl game other than the TicketCity Bowl.  They defeated TCU on Saturday and may be selected by the time the TicketCity bowl get to choose who they want.  Could there be a BYU vs SMU match up in the Armed Forces Bowl that will be played at SMUs Ford Stadium?  I watched Wisconsin thrash the Cornhuskers.  They have a great quarterback, who is fun to watch.  If Oklahoma slips up, the Badgers could sneak into BCS title game talk.  The way the Aggies have been playing they have gone from looking to play in Fiesta Bowl to the Cotton Bowl to maybe the Insight Bowl.

The Terrell Tigers will try to regroup before playing at home against Forney in the Homecoming game this Friday. I played around with taking some videos at the game Friday night.  You can see them on the Terrell Daily Photo Facebook page.  I need some practice with the settings.  The Tigers do not play Ennis until the first week of November, hopefully, this issue will have died down.  We all need to at least read up on TB to avoid any concerns.

For those of you wondering, Jamie Foxx had a major curl not a Jheri curl when he was 17 and lived in Terrell.

Did you ever buy something, then a few days later see it advertised on Groupon at a steep discount?  So frustrating.

Have a good Monday.
Posted by Jim Klenke at 6:30 AM