The Tigers hosted Garland Lakeview last night in the opening game of the year.  Lakeview led the entire game and won 12-7.  Lakeview scored a single run in the first inning, add four more in the top of the third to take a 5-0 lead.  The Tigers got their 7 runs in two innings.  In the third, Cody Weishaar doubled home Dalton White for the first Tiger run, and after a walk to Dillon Patton, Victor Andrade tripled home two runs.  Terrell trailed after three innings 5-3.  Lakeview was quick to put more distance between them and the Tigers, when they scored five more times in the top of the fourth.  After four innings they led 10-3.  In the bottom of the fifth inning, shaky pitching by Lakeview allowed Terrell to get back into the game as they scored four times.  After five innings the Tigers trailed 10-7.  Terrell was unable to mount any offense in the last two innings and Lakeview added two runs in the top of the seventh for the final score of 12-7.

The Tigers will play in the DeSoto tournament beginning Thursday.  They play at 3PM against Grace Prep and at 5:30PM against Cedar Hill.   They have a rematch with Lakeview on Friday at 12:30PM.   Saturday morning they play Mesquite Horn at 10AM.  All of the games will be played at Cedar Hill.  Depending on how Terrell does, they could play an additional game Saturday afternoon in DeSoto. 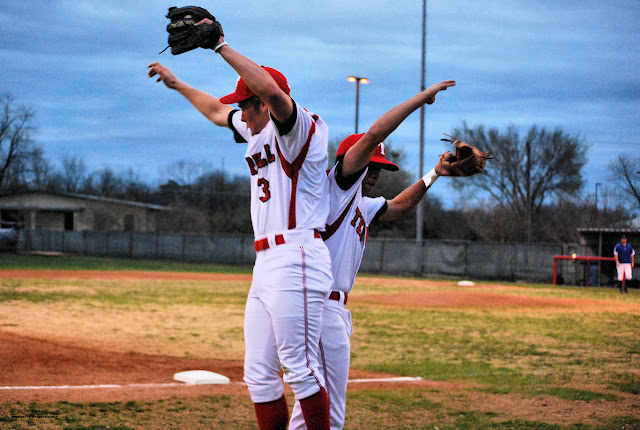