Terrell hosted the Mabank Panthers in a 4A District basketball game Friday night. Mabank features Kolton Browning the Dallas area Class 4A scoring leader. The Tigers were able to overcome Kolton's game high 29 points to get out with a 68-64 victory. Kolton scored 13 of the Panthers 16 first quarter points, but the Tiger defense held him to only 16 points in the final 3 quarters including only 3 in the final quarter.

The Tigers played a complete team game even though they were playing shorthanded. Way to go Tigers.

I put a couple of clips on youtube of the game. Click on the link to the right.

Here are some shots of Kolton Browning in action, number 14 in green. He was fun to watch. 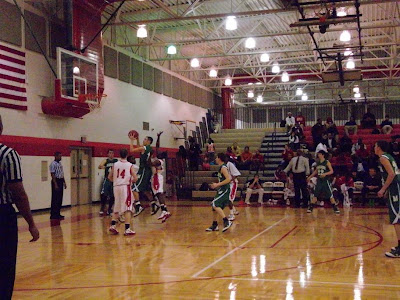 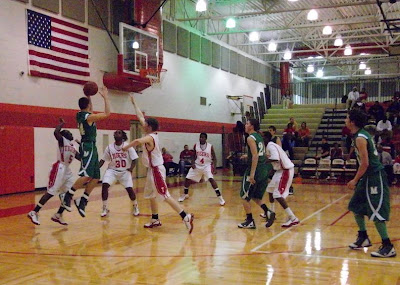 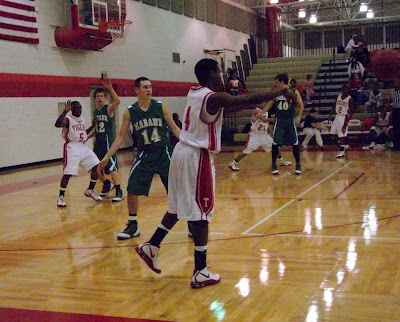 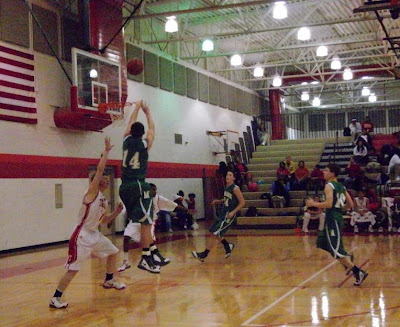 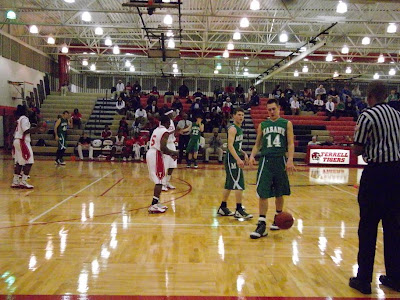 Kolton also just finished a record setting year as quarterback for the Mabank football team and was just named 3rd team All-State quarterback by the Texas Sports Writers Association. He has committed to go to the University of Louisiana-Monroe
Posted by Jim Klenke at 10:04 AM