Inside No.1 BFTS Museum

I am not sure this photo is from WWII, maybe WWI, but I love the make up of it. Join us and they wont get you. 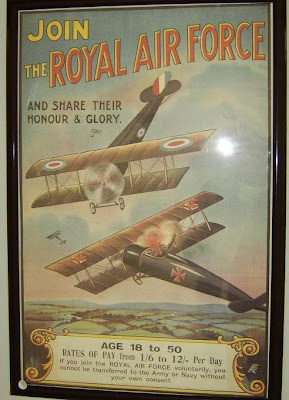 My photos from inside the museum yesterday didn't turn out as good as I had hoped. Everything is behind plexiglass, which is understandable. I still have some that I think are interesting. When I entered the museum, I was greeted by Henry Madgwick. He is a former British cadet at the school and a former Mayor of Terrell. He has many stories to tell, and I think I could have listened to him talk all day. I found a great story online about Mr. Madgwick and the school. Here is another link for the BFTS. I am going to have to go back and get a picture of Mr. Madgwick.

The picture below is a large map of the southwestern US. If you look carefully, towards the bottom left is the western most part of Texas, where the city of El Paso is. On top of the map, the trainers drew the outline of Britain, Ireland and the northern coast of Europe, with Terrell being London. The outline is hard to see in the picture. 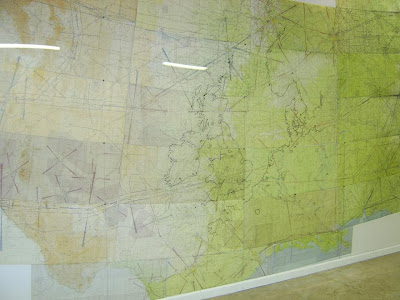 The next picture is the flight suit that was used by the pilots during their training. 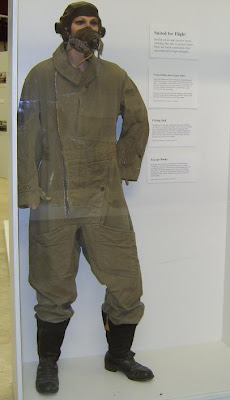 I will have a few more tomorrow.
Posted by Jim Klenke at 11:34 AM