Football comes to an end for the Tigers.

The varsity Tigers football season comes to an end tonight when they travel to Highland Park to take on the Scots.  Last night the JV and Freshman teams played HP. Both teams came out on the losing end.  The JV team, who played at home, only had 20 plays suit up.

I planned on going to the Freshman game, but it was an hour away and I got home from work late.  I ended up going to the JV game and being recruited to run the down markers for a while, so pictures were limited. 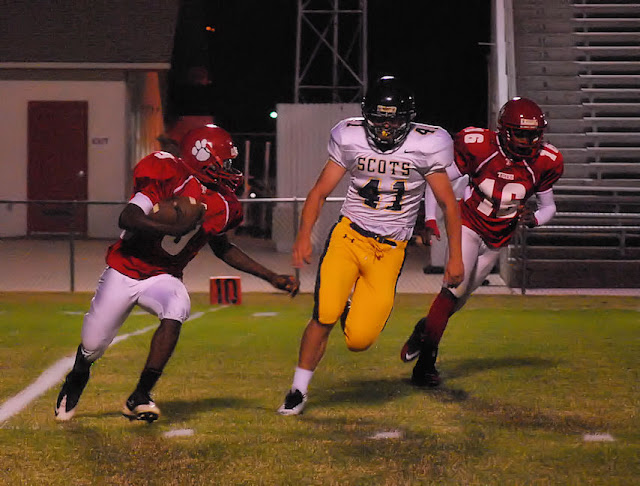