This limo was in the Terrell Christmas Parade Saturday.  It was so long it took 3 frames.   I have posted to the Facebook page all of my pictures from the Parade.  View all of the albums and dont forget to 'like' the page.  Brian posted a nice shot from the parade on his site, its one of my favorites. 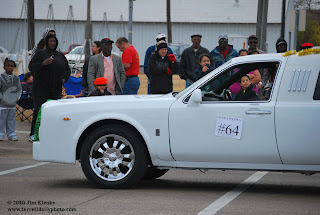 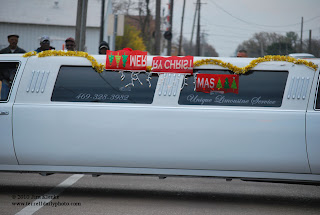 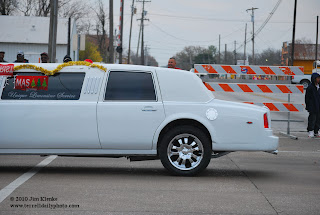 Today could end up being a long day.  I have to show up for jury duty this morning.

The varsity boys basketball team finished 4th in the Herman Furlough Jr basketball tournament that was held in Terrell. The Girls dropped a home game Friday night to Red Oak.  Both teams are back in action Tuesday night.  The boys host Forney, while the girls travel to Forney.

For those of you who follow fantasy football, I made it to our playoffs, but I lost yesterday in the first round.

The next run is Saturday the 18th on the grounds of First Monday in Canton, TX.  Its the Santa CLAW 5K Run.  January will be a busy race month.  There are races every weekend.
Posted by Jim Klenke at 6:30 AM