The Lady Tigers defeated North Garland Tuesday night 45-19 at the TISD complex to push their record to 6-3.  I posted a small write up of the game on Terrell's ihigh page.  Look for more pictures on Facebook later tonight.  The Lady Tigers next game is a District game Friday night at home against Red Oak. 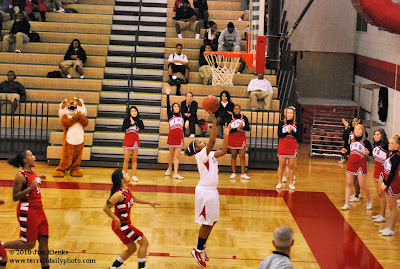 Below is the schedule for the tournament, click for a larger view. Friday games will be played at Herman Furlough Jr. Middle School in Terrell. The boys first game is Thursday at 2:30. 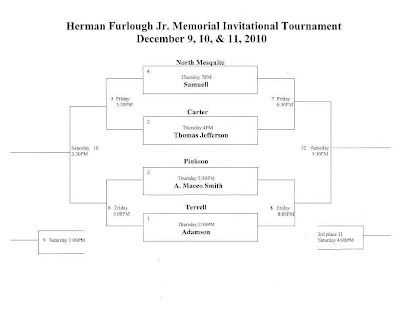