I grew up in Cahokia, IL. It's a small town on the Illinois side of the Mississippi River across from St. Louis. Parks College was part of life in Cahokia, it was an aviation college that was part of St. Louis University. In 1997 the College was moved across the river to the main campus of SLU. The buildings in Cahokia have remained abandoned and left to vandals and nature.
I couldn't resist getting a few pictures of the place. A police officer stopped in, checked on us and what we are doing. He said there were plans to convert one of the buildings into a new police station, but the cost to renovate was to great. They have built a YMCA on part of the campus. 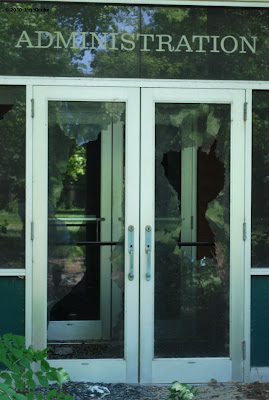 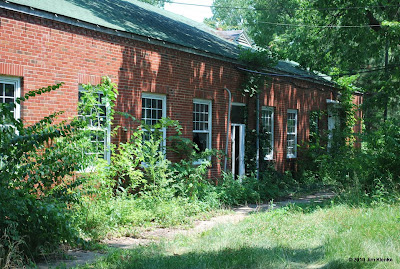 I added more pictures from the college on flickr.
Posted by Jim Klenke at 8:58 AM