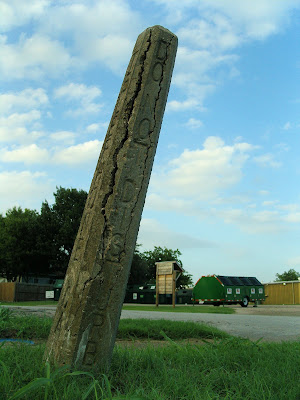 That was how I was feeling last night. I love technology, but it seems lately it doesn't love me.
I have DirectTV that has been losing signal every night at 9:50PM. It doesn't lose the signal of all channels, just the ones I want to watch. The primary TV in the house works fine, never losing the signal when mine does. Its out all night. Last night it went out on the All Star Game.
My blackberry has been turning itself off, always at the wrong time. Once it starts turning off, it keeps turning off until the battery is dead. Then it started telling me I had a corrupt memory card. I lost everything I had on the card.
I use the blackberry as an MP3 player when I run. With it on the fritz, I started using an old MP3 player. The MP3 player wouldn't play the music, it said the music was in an invalid format. At least it had FM radio. I ran 30 minutes, heard 3 really bad songs and the rest was commercials. Now I remember why I have XM in the car.
I got a IPod nano last night, it took 3 hours to download itunes, locking up my computer the entire time.
The marker in the picture is a marker for a buried telephone cable in town......telephone cable, whats that?
Posted by Jim Klenke at 6:30 AM