For one night the center of the DSO world was in Terrell, TX.....

The 2013-2014 E! Terrell Entertainment Series kicked off last night with a performance by the world renowned Dallas Symphony Orchestra.  It was the first time the entire orchestra performed at the Performing Arts Center in Terrell and they sounded great!  They played a total of ten numbers starting with The Barber of Seville Overture and ending over an hour and a half later with Radetzky March. In between, the men dressed in black suits with black bow ties and the ladies dressed in all black, played favorites Pomp and Circumstance No.1, American Salute, and two different Hoe Down numbers, one from Copland and one from Hayman. They also threw in the Raiders of the Lost Ark Theme among a few others. The conductor was Alasdair Neale and Angela Fuller Heyde was a solo violinist on Ravel's Tzigane.  I had goosebumps from the first note till the end. 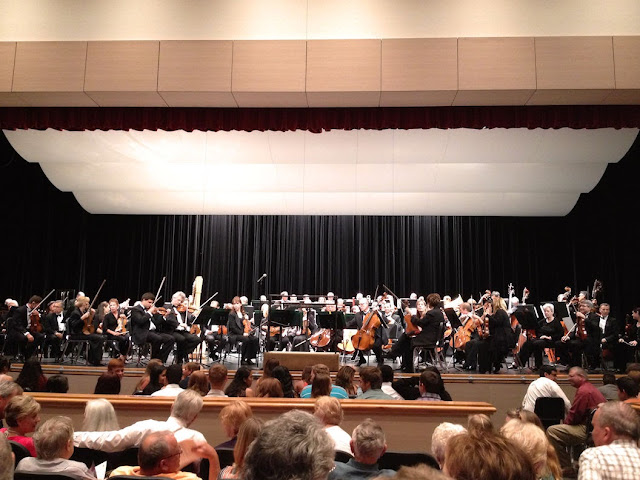