Tonight is one of your last chances to see Cody Weishaar and the rest of the Class of 2011 in action at Ben Gill Park.  The Tigers host the Wranglers from West Mesquite, first pitch 7PM.  Weishaar should be awarded the District Defensive Player of the Year Award with his outstanding play in center field.  In their first meeting at West Mesquite, Cody Patton pitched into the 7th inning in route to a 7-3 Tiger win. 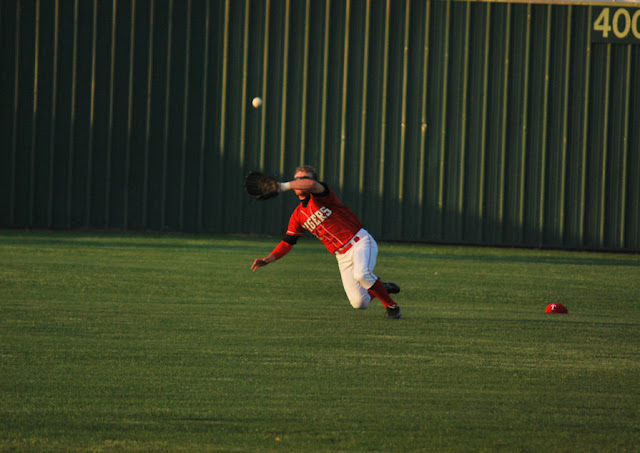 Friday night the Tigers travel to Lancaster.  They close out the season on April 29th at home against Ennis.  Make plans to be at the game for Senior Night.
Posted by Jim Klenke at 11:30 AM