Yesterday was the Heart of Heath 5k in Heath, TX. There were over 450 registered runners and 420 finishers, an amazing turnout.

Before medals were awarded, numbers were drawn for prizes. I didn't win a prize, but being able to run a 5K already makes me a winner. At least that's what the guy giving out the prizes told all us losers.

One of the things I noticed that was different than the Fountain 5K in Terrell the Saturday before, other than more than 400 more people, was the number of young people that ran.  The organizers of the Terrell run could learn a lot from the people who organize the races in Rockwall County. 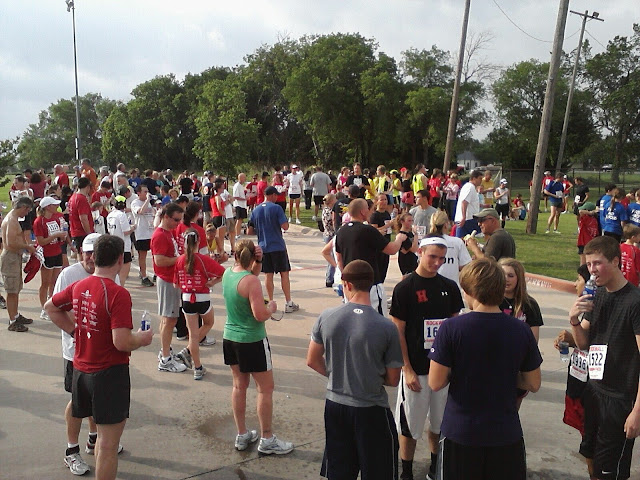