Yesterday was the annual Dash Down Greenville run. Thousands of runners and walkers dressed in their favorite St. Patrick's Day gear have fun on Greenville Ave. prior to the parade.

This group of guys ran the race for a purpose. They are part of #22KILL.

Here is some information from their webpage about the group:

What is #22KILL?
The #22KILL initiative is to simply show your ongoing support for the U.S. military and the veterans who have served.

Why is it called #22KILL?
There's a staggering statistic that 22 veterans commit suicide everyday.  It's important that we raise awareness around this fact so that we can all do our part to alleviate this epidemic. 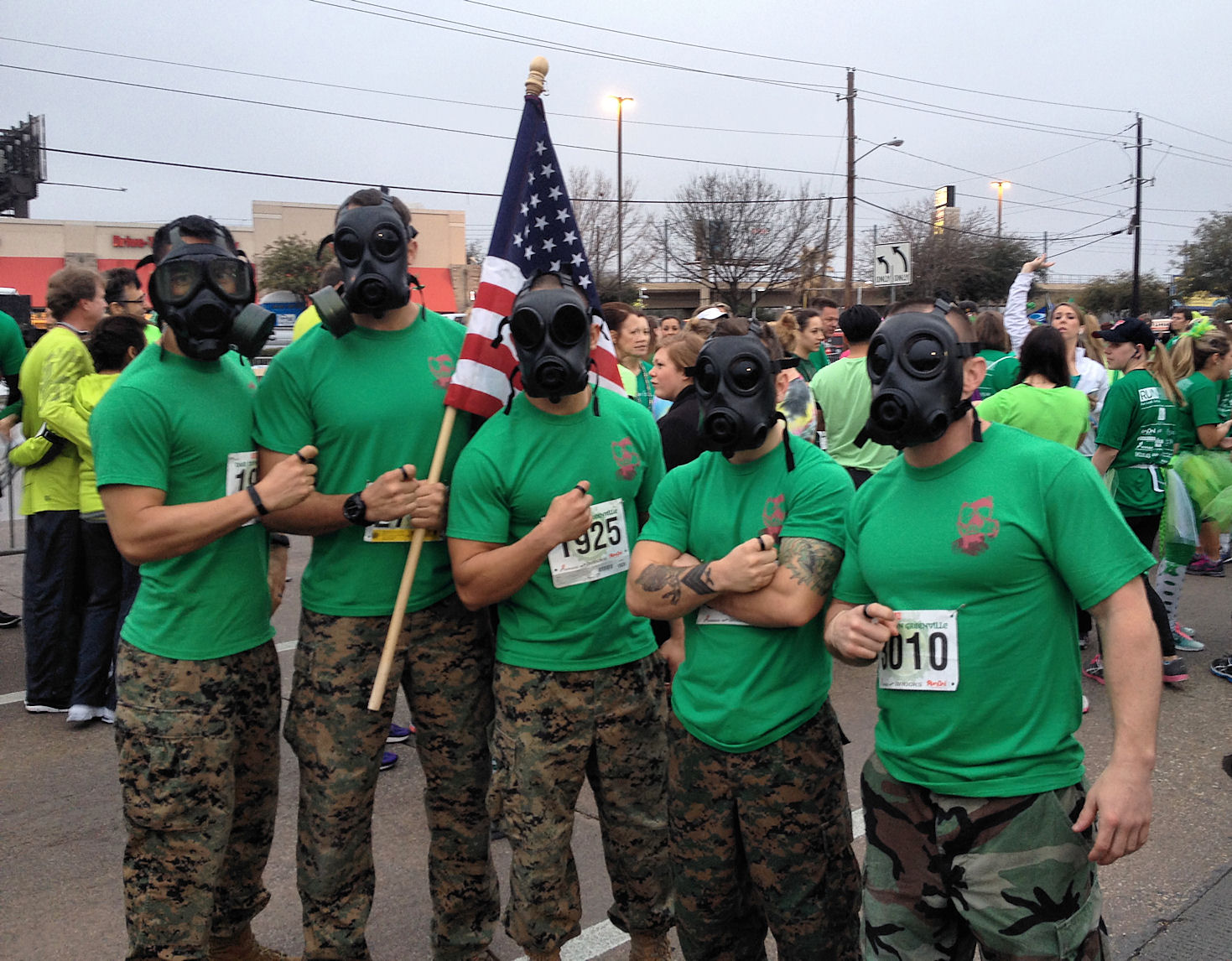 This is how they crossed the start line. I think as the race went on they all ran individually.  They were a lot faster than I was. 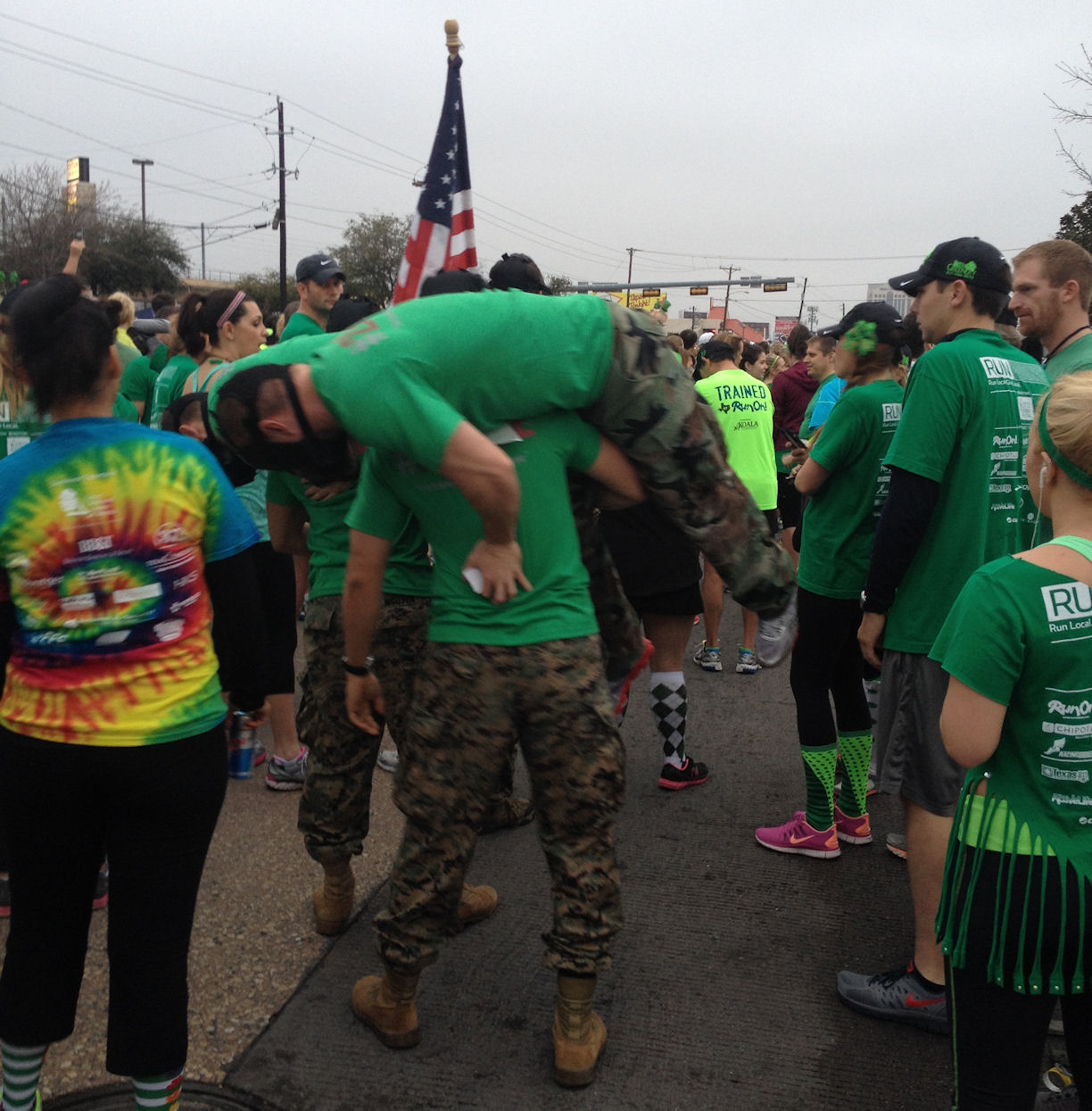