The best part of the Fly-In was the people. From the large turnout to the honored guest and visitors from out of town. 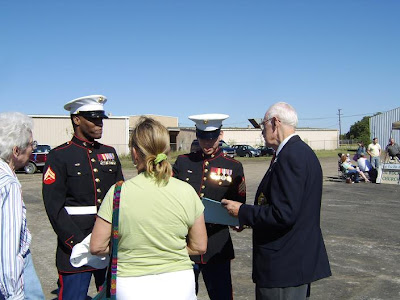 Above is former Terrell Mayor and student at the old BFTS Henry Madgwick talking to two of the Marine color guard. The lady with her back to the camera was a visitor from Canada. She gave everyone a good laugh when she asked the Marines what Corps they belong to. 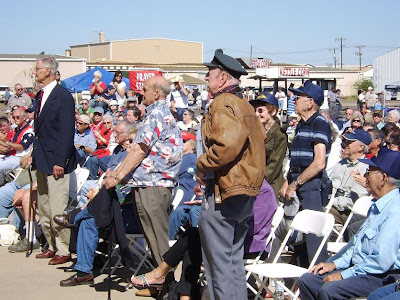 The gentlemen standing in the above photo along with the man sitting in the front row in blue shirt and hat were all students of the school during the war. They all made the trip for the Fly-In. 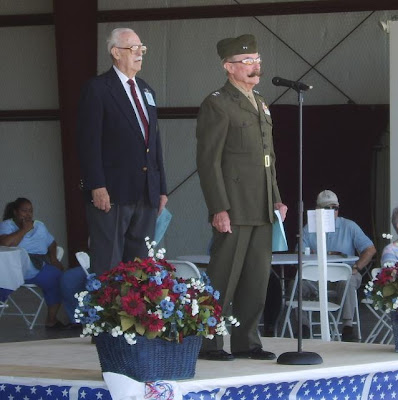 I really wish I had written down names! This is Mr. Madgwick and a retired General who ordered the posting of the colors. 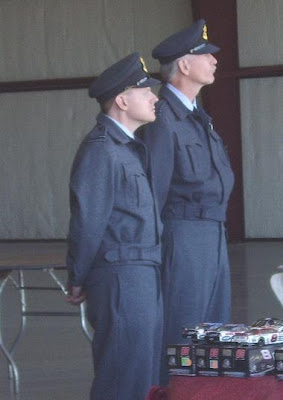 Active duty British officers were on hand. I think they were Leftenents. Does that sound right? 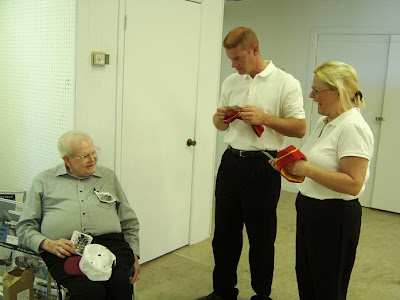 Above is Harold Payne from Caddo Mills, TX., he was a pilot on a B-17 Flaming Fortress. He didn't attend the Terrell school, but was stationed in Franlingham, England in 44-45. He had some great stories to tell. Here he is talking to members of the Marine League. 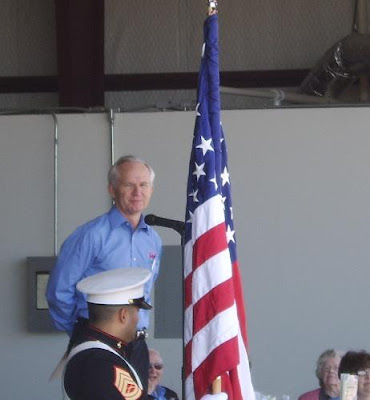 Of course our Mayor was on hand. Mayor Hal Richards gave a few opening remarks and mentioned that the idea has been floated to make the Fly-In an annual event. I think that's a great idea.

Tomorrow I will end the series, and quit boring everyone, with a Skywatch photo from the day.
Posted by Jim Klenke at 6:02 AM