Friends with the enemy

This was a strange baseball year.  Somehow I ended up taking pictures of Terrell's rivals.  I've always taken pictures of North Forney, but this year it was also Royse City, Poteet and Forney.  After getting to know them, I found they are pretty nice people.  The kids arn't all 7th year seniors and the parents don't have fangs or a tail.  Who knew?  To all of the parents at Terrell and the other schools, thanks for making this a fun year for me.

Saturday and Sunday I went and watch the McKinney Marshals play.  Jon who played at Forney plays for them.  That's him in the picture below.  They won the game I got to watch Saturday and trailed in the championship game Sunday before the rain came and washed out the rest of the game.  I'm sure they would have came back.  :-)

Tonight will probably be the last baseball game for a while.  Its the North Texas Coaches Associations All-Star game at Dallas Baptist University.  Jordan Powell from Terrell, Ryan Boaz and Zack Baker from Poteet will be playing.  I'm not sure if there will be any other 12-5A kids in the game. 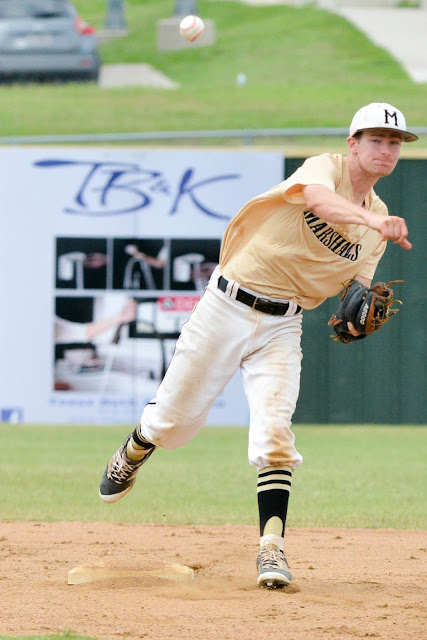